Warning: count(): Parameter must be an array or an object that implements Countable in /home/customer/www/sis-e.org/public_html/2016/wp-content/themes/Invention/inc/cmb_metaboxs/init.php on line 724
 Speakers | SIS-E 2016 Amsterdam 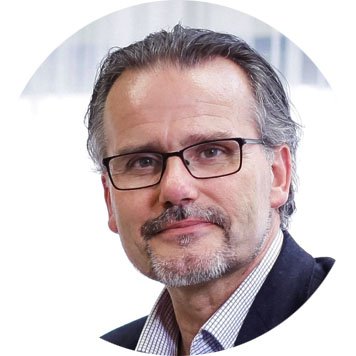 The healthcare industry faces more challenges than ever before: shortage of skilled personnel, a rising demand for healthcare services, and healthcare budgets that are under significant pressure. At the same time, the influence of exponential growth in technology and the changing attitude of patients result in changing patient care models. Lucien Engelen (1962) has worked since 2007 at the Radboud University Nijmegen Medical Centre as Head of the regional emergency healthcare network. He also advises the Board in terms of changes in healthcare enhancing the participation of the patients and their informal care in their own disease, working towards raising the level of participation in Health(care), research and education. He is founding Director of the Radboud REshape Center,that acts on the convergence of technology and patient empowerment. Creating breakthrough programs, foresights and products if industry lacks progression itself. Furthermore Lucien is Chief Imagineer at the Dutch National IT Institute for Healthcare NICTIZ, he is core Faculty at the Singularity University Exponential Medicine (formerly known as FutureMed) in Silicon Valley (founded by i.e. Google, NASA, Autodes). He was named one of the initial 150 world thought leaders and therefore invited to blog on LinkedIn Today as part of the influencers program (600.000+ followers as of January 2016).

Kjetil Soreide MD, PhD is a consultant in General and Gastrointestinal surgery at the Stavanger University Hospital in Stavanger and a professor at the Department of Clinical Medicine at University of Bergen, both in Norway. Since 2010 he has been an editor with the BJS, the premier surgical journal in Europe. He is the past co-Editor-in-chief for the Scand J Trauma Resusc Emerg Med, a position he held since the inaugural launch of the journal and for 11 years up until 2015. He currently serves on the editorial board of several journals and frequently reviews papers for numerous high-ranked circulations in surgery, oncology, gastroenterology and the general medical fields. His main research interests include gastrointestinal surgical disease, with a strong focus on translational gastrointestinal oncology and emergency surgery. He has published over 180 peer-reviewed papers, reviews, editorials and book chapters.